In last year’s Consumer Electronic Show (CES), South Korea’s company Samsung introduced a large-screen microLED TV. This 146-inch TV was named by the company ‘The Wall’. The year 2019 also started with the same technique, though in small sizes. This time Samsung has introduced 75-inch 4K TVs. Like ‘The Wall’ TV, it has also been used in MicroLED technology.

What happens to MircroLED TV
Actually this TV is made up of a lot of MircroLED’s. In this, millions of red, green and blue microscopic LED chips have been installed, which generate their own light. Being different MircroLED chips, its size or aspect ratio can also be easily changed.

Will Change the View of TV
Samsung claims that this technology will change the view of watching your TV. In the case of picture quality, this MircroLED technique will be directly compatible with the TV with OLED technology. In the data, this technique will produce the best brightness, the best HDR color. Apart from this, the age of MircroLED TVs will be much higher than the OLED TVs.

The company has not released much information about this 75-inch TV, however, given the technology it is clear that it can be quite expensive. Samsung is the only company in the world who is taking this kind of TV. Apple’s giant technology company is currently doing research on this technology.

The company’s first phone with Panchhol displays will be launched, 5000mAh strong battery will also be available. 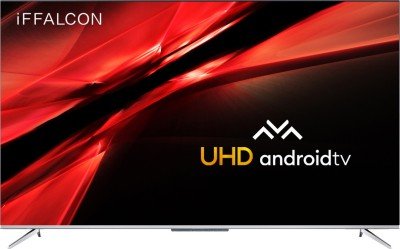